While you might view shoplifting as a one-time mistake that didn’t hurt anyone, Texas courts often come down on the side of the retailer, and you could face fines, jail time, and a tarnished reputation if you’re convicted.

A theft conviction is also a matter of public record, meaning that you could have difficulty obtaining housing, finding a job, getting into educational programs, or joining any organization that requires a background check. These are all obviously consequences that you want to avoid if at all possible, and to give yourself the best chance of avoiding a conviction, you’ll need to work with an experienced theft attorney.

Thad Davidson has years of experience as a Tyler defense attorney, and he has obtained positive outcomes in theft cases just like the one you may be currently facing. With Davidson Law Office, you get a criminal lawyer who will provide you with the non-judgmental treatment and aggressive defense that you need during a difficult time. 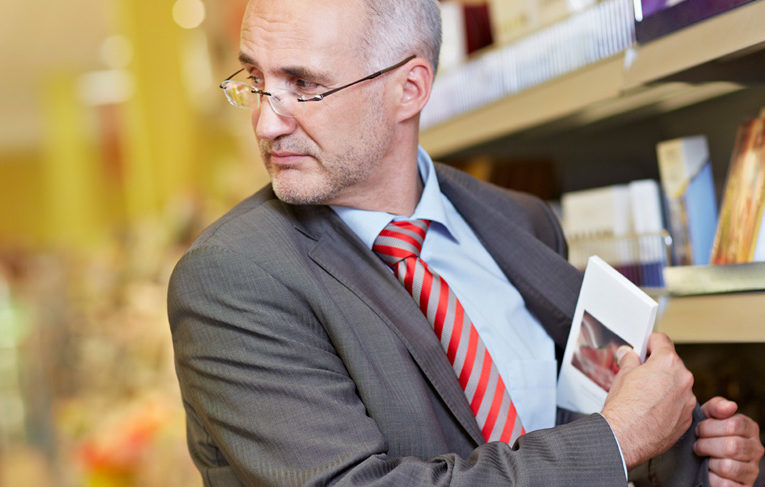 When most people think of shoplifting, they think of someone sneaking an unpurchased item out of a store with no intention of paying. This is certainly one type of theft, a crime that is described in Texas law as taking possession of, carrying away, or transferring any merchandise “with the intention of retaining such merchandise or with the intention of depriving the merchant permanently of the possession.” However, there are other types of actions that could result in a theft charge, some of which might surprise you. These include:

Altering or removing price tags: It’s a crime to tamper with price tags, e.g. switching price tags so that you are able to purchase merchandise at less than its retail value.

Transferring merchandise to a container with the intention of theft: This might include hiding merchandise inside of a larger purchased item to avoid paying for it.

Under-ringing: It’s not just shoppers who can be charged with retail theft; it’s a crime for a cashier or other employee to under-ring merchandise with the intention of depriving the merchant of the full retail value.

Using theft detection devices: If you’re caught with devices that could be used to sneak merchandise through security without triggering an alarm, that device could be used as evidence against you.

Obtaining unauthorized control over property in order to permanently deprive the owner of its use: For example, if you signed a lease to rent a new car but then drove off and never made any payments, you would face a very serious criminal charge.

The charges you face will hinge on the specific circumstances of your case and the retail value of the items you allegedly stole. In Texas, retail theft is generally considered a misdemeanor if the total retail value of the allegedly stolen merchandise is under $300 and a felony if it’s over that amount. No matter what the circumstances or the specific charges brought against you, Thad Davidson is prepared to provide the best possible defense in your retail theft case.

“Thad Davidson is a GREAT Attorney! He treated me with so much respect! He may have been a strict attorney but he knows what he is doing! Coming from someone who has never been in trouble and didn’t know what direction to go he helped me step by step and my case is now closed!

I HIGHLY recommend Thad Davidson, he knows his specialty and will do everything in his power to get you taken care of! The best news is my DWI case is DISMISSED and I’m NOT CONVICTED!

Thank you for your hard work Thad Davidson!!”

While retail theft is considered a felony if the value of the merchandise is over $300, it is not mandatory for the district attorney to charge an individual with a felony. Most prosecutors will recognize that a sentence of 1-3 years in prison is disproportionate to the crime of theft, but you shouldn’t necessarily count on the prosecution going easy on you. The D.A. has the option of reducing the charge, but that doesn’t mean they will. You need an experienced criminal attorney on your side to give you the best chance at getting your retail theft charge reduced to a misdemeanor or, in some cases, dropped altogether.

Facing a theft charge that could affect the rest of your life is understandably stressful, and you might be tempted to choose the first defense attorney you come across. However, your choice of lawyer will have a huge impact on the outcome of your case, and you need to be sure that you’re working with a well-qualified theft attorney who has a record of success in cases just like yours. With his years of experience as a Tyler defense attorney, Thad Davidson is your best bet for a positive outcome in your case.